#11: As Iranians protest, we examine the veil in Singapore

“First she wore the tudung, then she no longer wanted to mix with us.”

I have long heard some version of this argument—the slippery slope of conservatism and isolation—applied to Muslim women in Singapore.

Proponents, fed by official narratives, imagine a world in which we can draw a neat line from some traditional, uninformed, religious past to some educated, more secular imprint of modernity, of the future.

They believe that education, exposure and worldliness will help liberate the tudung wearer from the chains of antiquity and patriarchy, allowing her to strip off the veil and integrate into society as a modern, Singaporean woman.

The primary problem with this narrative has always been the failure to listen to, well, Muslim women in Singapore, who have sufficient agency to determine their own dress.

Giving voice to these women, while debunking many of these traditional misconceptions about them, is what Fiachra Ross, a Singaporean who’s currently doing his Masters in World History at Cambridge, does brilliantly in this week’s essay, “Headscarves and social fabrics”.

The agency of Muslim Singaporean women contrasts with that of some women in more religious societies with lower income and educational levels.

In Iran, for instance, as events of the past week have shown, many women face tremendous pressure from clerics and others to don the veil.

In Malaysia, there is a constant tension between progressives in urban centres like Kuala Lumpur (KL) and conservatives in the religious heartlands of, for instance, Kelantan and Terengganu.

In 2005, when I covered a by-election in Pasir Mas, a town near Kota Bharu, Kelantan, I was struck by the sartorial clash outside a polling station. The women supporters of UMNO (United Malays National Organisation), some who had driven in from KL in flashy European cars, were like little Rosmahs: heavy make-up, jewellery, and colourful tudungs exposing their entire faces. The women supporters of PAS (Malaysian Islamic Party), many local to the area, were dressed in simple fabrics, many with their faces covered.

With UMNO accusing PAS of backwardness, and PAS accusing UMNO of draining the country’s coffers, it was as if moral and religious purity was on display in the liveries of female foot soldiers. I’m still unsure how to think about agency and choice in such scenarios.

In India, whether rural or urban, I sometimes meet women who will refuse to look at me or acknowledge my presence. I don’t want to judge them too harshly, because there are complex dynamics at play in a society where sexual violence is not uncommon, where women must be on their guard in the public space. Yet it is also true that in many communities—Muslim and Hindu—fathers and brothers prohibit women in their households from freely interacting with the world.

The point of this short tour around Asia is simply to say: these dynamics don’t really exist in Singapore, where education levels and internet penetration are high, and the majority of the population can afford to travel overseas, even if only to Malaysia. Yes, there are still cases of female genital mutilation/cutting, polygamy, and other signs of misogyny or repression, yet there are lively discussions about how to end them.

By focusing on the supposed backwardness represented by the tudung, some Singaporeans may be ignoring more pernicious forms of religious influence in society, for instance from the Christian right. Watch the mega-churches, some might argue, not the veil.

Ultimately it is a failure of Singapore’s multicultural model that the tudung has become stigmatised by many. So yes, it is possible that a tudung wearer may not want to mix with you, but it’s almost certainly because of the baggage that you bring into the interaction.

With Fiachra’s piece today, I believe we can all start to unlearn some of that programming, as we inch our way towards a society in which differences are not merely tolerated, but absorbed and cherished.

P.S. Some of you have asked me about an Anthony Bourdain clip that’s been making its rounds online this past week. I’m glad that the exploitation of foreign domestic workers is in the spotlight! Even if the journey there was a bit weird and discomfiting for some. We talk about the issue in Singapore This Week. 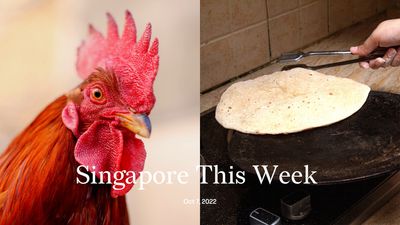 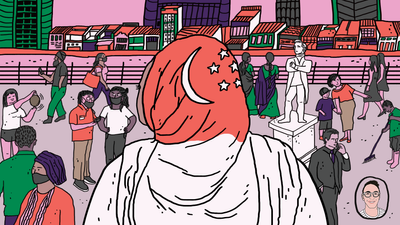 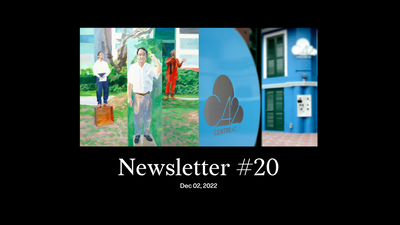 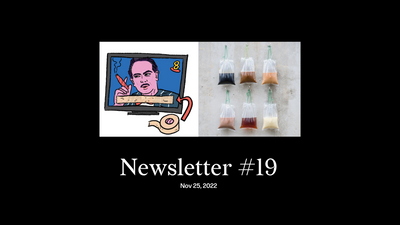 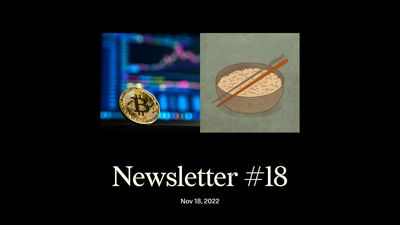 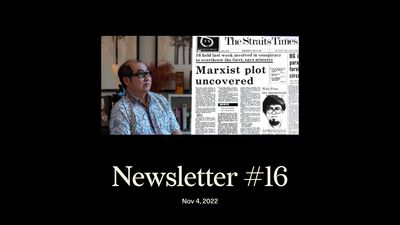